skip to main | skip to sidebar

HEYS!
sorry for all the delay,
i know everyone's anticipating our next post on someone scandalous.
However, due to the limited people and time,
we were unfortunately facing with some time difficulties..
moreover,
there is a build up of outrages from our fans.. (haha)
WHAT SHALL WE DO?

so we have decided that,
we shall open the blog for all 07s24 people to blog in!
hahas YES finally,rite?
i bet lots of u are itching to write something naughty...........
hurrhurrhurrr...

I think im lost for words. So the pictures will be my mouth instead.

With a class that is ALWAYS on the lookout for scandals, one should know better than to appear as scandalous.

However, the truly scandalous people, no matter how hard they try, the paparazzi team is still able to catch them red-handed. Today's main focus is Joannah and Yanjia, both rather renowned for their frequent appearance in the Scandalous Spree blog..

After being caught by the team, Joannah had no choice but to give an ugly look to the camera.

Notice how matching their outfits are ? Nuf said.

YES...we know joannah...you wana keep chi peng's photo forever in your wallet so that when you miss him you can...

Ohh yanjia.. forever being tutored/ counselled by guys you fancy...

Wow nice pose...since yanjia knows there is no escape, she puts on a nice pose for the camera..how cooperative..

JI peng thought by looking away, he can salvage the situation..but its to no avail of coz.
Posted by we are the ones u fear! at 3:37 PM No comments:

Sometimes its best to let the pictures speak for themselves.

Interpret as you deem fit.

LETS ALL WISH A VERY HAPPY BIRTHDAY TO DES 2 AND JI PENG !

AND TO THE JULY BABIES !

JIAYOU FOR COMMON TEST EVERYONE !

THEN AFTER THAT ITS ENRICHMENT WEEK LER !

LETS SING A SONG FOR HER...

HAPPY BIRTHDAY TO YOU !

YOU LIVE IN THE ZOO !

HAHA KIDDING...DUN GET ANGRY ON YOUR BIRTHDAY !

ANYWAY THE PAPARAZZI TEAM WISHES TAMMY EVERY SUCCESS IN ALL HER ENDEAVOURS !

The Wait is Over My Friends !

The Long Wait with bated breath is OVER !

The chairman of PRC has picked himself up from his idle days and got down into serious business.

In recent months Audrey has continuously slammed that our accusations of her being smitten by JOSON is false.

But now, with verbal evidence from none other than Audrey herself, confessing her love for Joson, i guess all has come to light.

At the long-awaited Aristal, Desmond and Sok has once again indulged in some PDA(Public Displays of Affection).

You may have to tilt your head to view, or remove it completely...which ever suits you.

HAHAHAHAS.
though this is a little too late but..
erm ya, the s24 paparazzi team has lazy members now..
hurhur!

hahahas.
to celebrate such a special occasion,
we shall have some SCANDALOUS photos
of the two SPECIAL gals!
Gowild with your imagination folks! =D 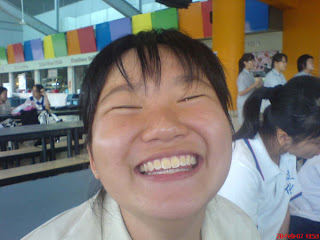 with that sweet chirpy smile of hers,
never fail to make blind men to be smitten with that smile! 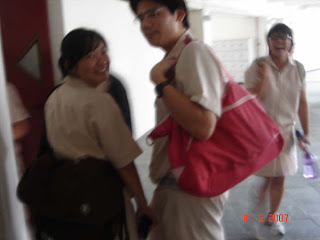 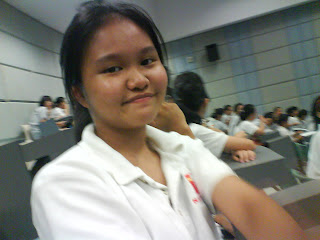 Another gal with tat kind SMILE,
which will knock u off your socks....
(erms..really?)
if u dun believe...
LOOK AT THE NO OF SCANDALS SHE HAS!
the below are just a representative of a small fraction of her scandals..
oooo. 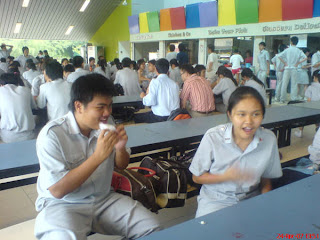 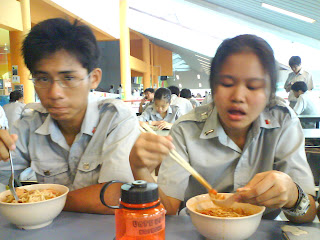 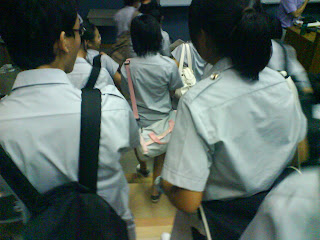 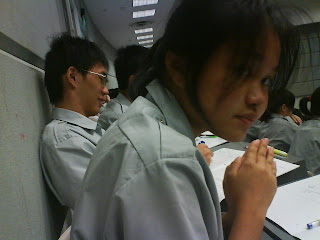 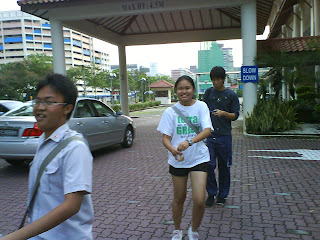 goodness...
singhui ah singhui...
u can't get more scandalous, can u?
XD 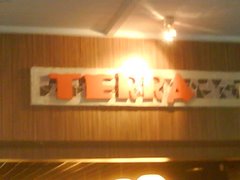 we are the ones u fear!
HEHES. this blog is specially created for the people of the ORIGINAL 07s24 [[1st intake]] . all the juiciest gossip, the SCANDALOUS pictures, the wild crappy stuff , and the fun part - the sensationalisation of it all! muahahha! DISCLAIMER: Not all the news here are the truth. But for those which are the truth,it is up to u to find out! if anyone has any scandalous pictures or hot gossip,pls feel free to email us at 07s24paparazzi@gmail.com ... ENJOY!!